Lots of things are happening. You know about most of them because you’re on social media too, or because you aren’t a hermit and you have spoken to another adult human recently. So I won’t talk about all that here. I’ll just tell you about what I made for dinner, because we are still eating food a few times a day every day.

Here is a beautiful photograph of tomato sauce:

I didn’t really measure but it was about half the bottle. I used the bionaturae brand tomato sauce because I like it.

So that’s probably about 2 cups of tomato sauce.  I bet you’re wondering what I’m making! It’s an off the cuff chicken tikka masala with what I already had at home. Here it is with the spices: 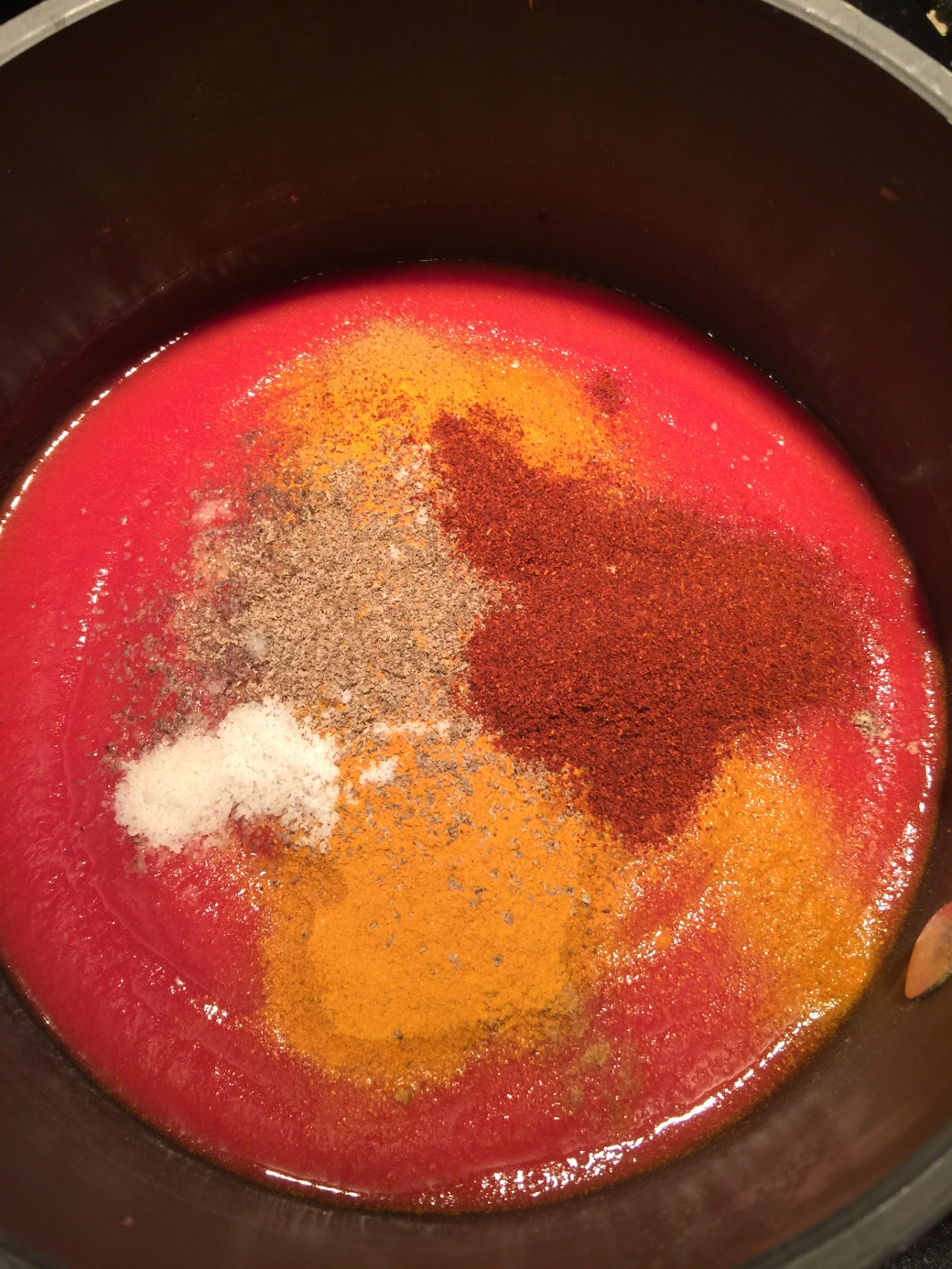 That has turmeric, paprika, salt, cumin, pepper, and I couldn’t find the garam masala until it was almost done but it made a world of difference, so if you have that, add it. No measurements. Probably about a teaspoon or so each.

I cooked it over medium heat for a while, until it all blended nicely, and then I added a lot of heavy cream – about a cup and a half I would estimate, and let it cook more over low heat. I used enough heat that it would bubble on the sides but not so much that it would splatter. I don’t like splattery food.

Then I had a nice sauce.

I used it as a dipping sauce for roasted chicken legs. (ok the truth is there’s this awesome Thai place that opened up recently and they have a really delicious dipping sauce that’s very much like tikka masala sauce so I thought I’d try my hand at it, and it turned out pretty good!)

That was not the best use of this sauce.

So later, I chopped carrot (2), onion (1/2), red pepper (1/2), garlic (3), and fresh turmeric (1 nub), and sautéed them well in olive oil and butter. To that I added the pulled apart chicken breasts, about 3/4 of the remaining sauce, and another round of heavy cream until I liked both the color and consistency. I let that simmer a few minutes, and served it over white rice — I have been making my white rice with garlic and turmeric lately, I’ll get that out in a post soon too and update this one with a link.

This was one of the best dishes I’ve ever made – better than following any of the many chicken tikka masala recipes I have followed by far.

Check it out and please give me feedback! No pics of my final dish, it wasn’t photogenic. Just delicious.